TheFlama.com, billed as “a network for discovering and sharing original and curated video,”  that provides “access to talent and stories made by, for and with Hispanic millennials” debuted this week with a slate of five new original shows.

Alexis Tirado, who was previously at MTV Networks, is the Managing Editor for TheFlama.com, and Yamin Segal, creator of indie web series East Willy B, is the network’s Director of Programming & Production for Flama.

The network also brought in stand-up comedian Al Madrigal (“The Daily Show”, “About A Boy“) as an early adviser.

Univision first announced the creation and launch of Flama at its Newfront in May of 2013. It partnered with digital programmer Bedrocket to form the OTT network in October of last year. 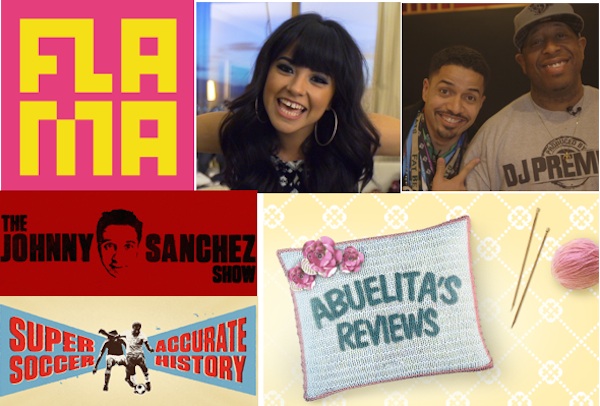 As a precursor to World Cup 2014 Brazil, this six-episode mockumentary style show features ridiculous made up soccer stories.

“Drop the Mic with Becky G”

This six part docu-series follows 17-year-old hip-hop artist Becky G through the ups and downs of making it in the music industry and rising to stardom, while staying grounded through her family and friends.