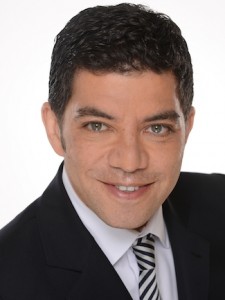 Rubén Mendiola is the new President of cable channel mun2. Parent company NBCUniversal made the announcement this morning. Mendiola will report to Joe Uva, Chairman, Hispanic Enterprises and Content, NBCUniversal.

He takes over the role left vacant by Diana Mogollón back in February.

In his new role, he’ll focus on developing and driving the cable channel’s overall strategy and programming, and provide operational leadership across the business. He’ll also be responsible for identifying opportunities for the cable channel to grow its distribution, drive ratings and align the organization for future growth.

Mendiola was most recently Senior Vice President and General Manager of Comcast Cable’s Multicultural Services, where he was responsible for directing, designing and implementing the company’s multicultural services strategy across all Xfinity products. In that role, he led the creation of Freeview Latino, the biggest free On Demand event in Latino TV history, and the launch of the Xfinity Latino Entertainment Channel.

He was previously General Manager of Latino Programming and Spanish Business Development at Dish Network. During his nine years at the company, he spearheaded and defined the company’s Spanish video content initiatives, and was also responsible for creating the DISH Latino division.

Prior to DISH, he was VP of Programming and Operations at Fox Sports Latin America and also served as Programming Director for Pay TV at Grupo Televisa.