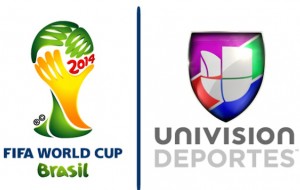 The very much anticipated start to the world’s biggest sporting event is underway on Univision, with Brasil vs. Croatia opening the FIFA World Cup.

The Spanish-language network will be airing the 56 live World Cup matches from Brazil, all simulcast on Univision Deportes Network.

UniMás and cable network Galavisión will air 8 live games and special programming during the month-long tournament.  The games will also be streamed live and available via de Univision Deportes app.

The games will be narrated by play-by-play announcers and commentators including Enrique “El Perro” Bermúdez, Félix “El Gato” Fernández, Jesús “El Profe” Bracamontes, and Luis Omar Tapia, among others.

Additional up-to-the-minute World Cup content will be available on www.UnivisionDeportes.com from now until the end of the championship.

ABC and ESPN will also be airing the World Cup – with English-language commentary. Here’s their game schedule.

In 2010, Univision set new Spanish-language ratings records throughout the tournament – with tune-in audiences reaching up to 8.7 million viewers despite the large time difference to South Africa.

This is Univision’s last World Cup. Telemundo picked up the Spanish-language U.S. rights for the 2018 and 2022 World Cup tournaments at a cost of $600 million back in 2011.

Here’s the Univision schedule of the games: 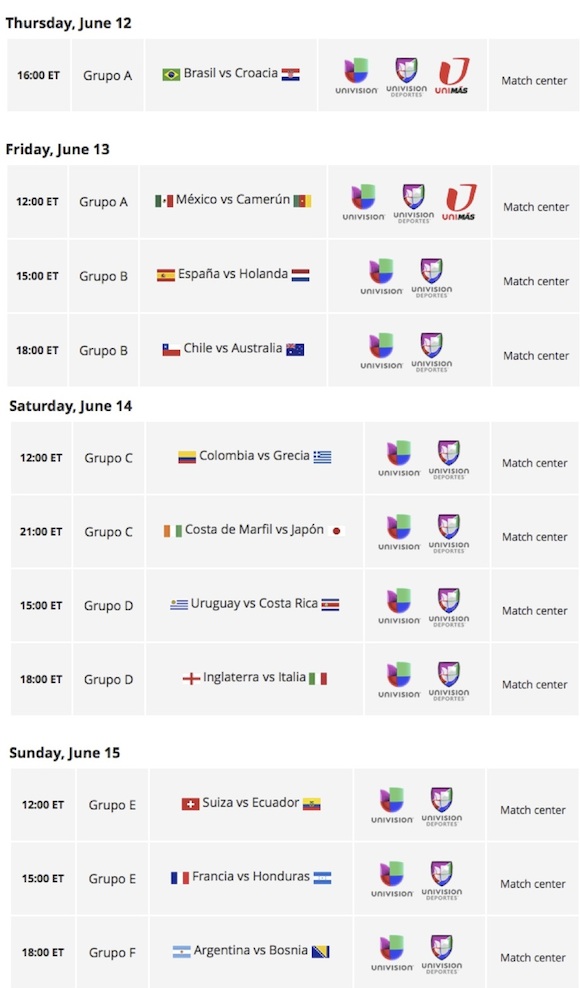 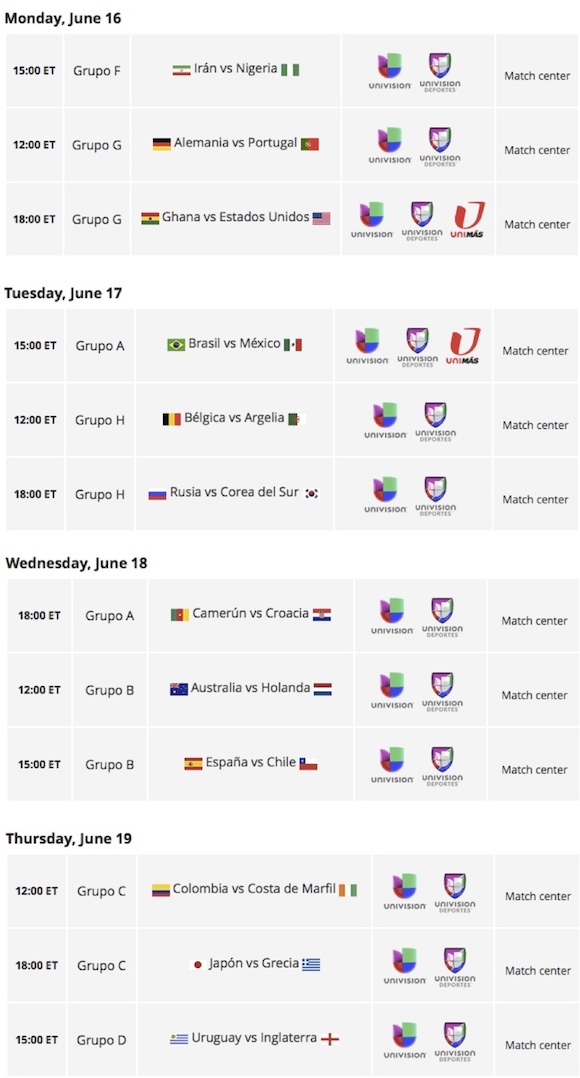 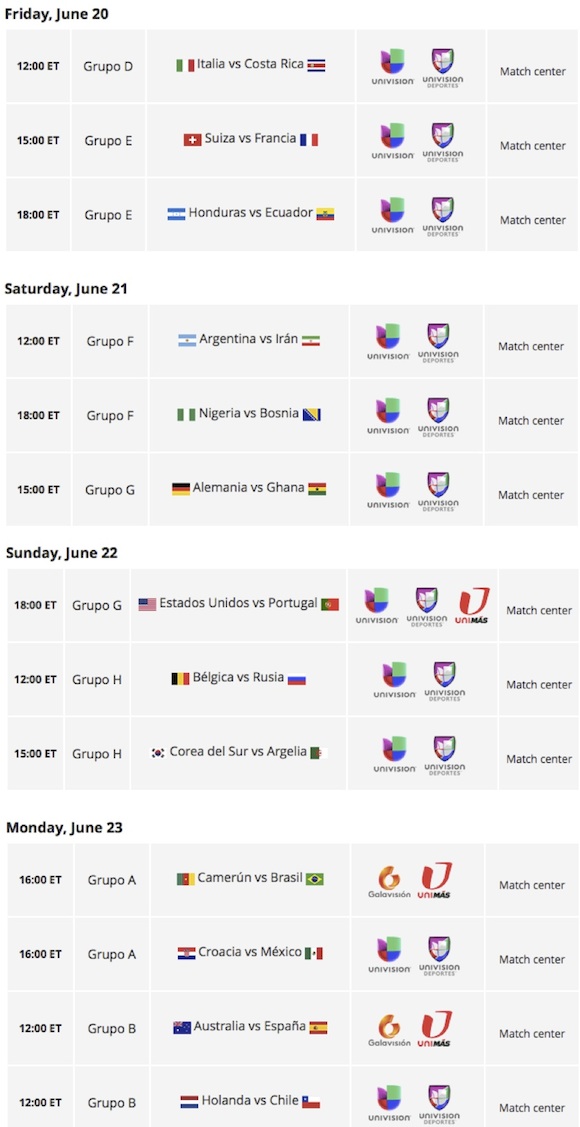 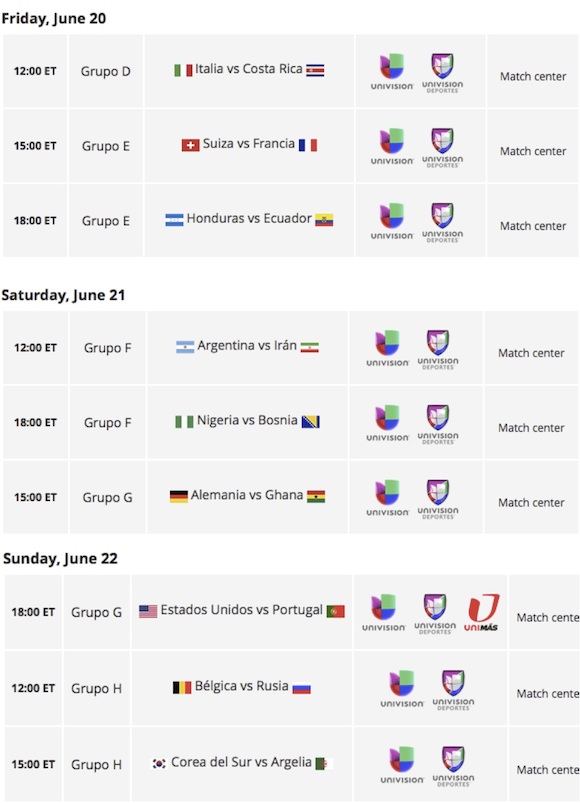 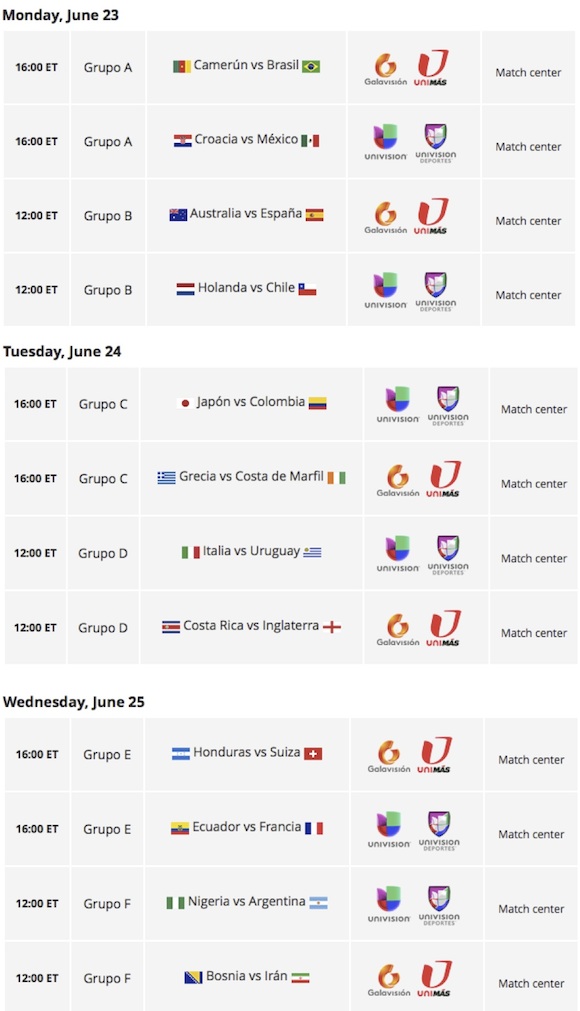 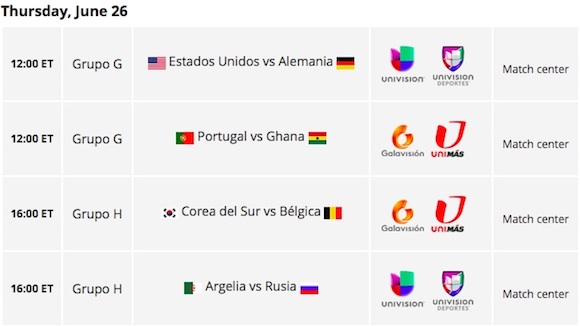 Here’s the link to the full schedule on Univision.