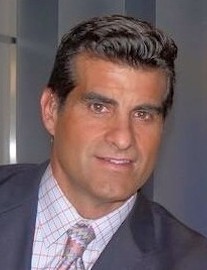 Adhemar Montagne, one of the original anchors who helped launch cable news NY1 Noticias in 2003, has renewed his contract with Time Warner Cable for another 3 years.

“Working for Time Warner Cable Noticias NY1 is a privilege, especially having been a part of it since the beginning 11 years ago,” Adhemar tells me. “After working for 11 years with this company, I feel I’m part of a very special family.”

Adhemar says he’s grateful for the opportunity to be able to continue working for NY1 Noticias.

“I’ve definitely grown as a journalist, but even more importantly, as a person. It’s a huge sacrifice to wake up every day at 4 am, so I’m grateful that my family understands my commitment.”