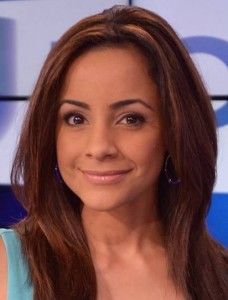 Crystal Ayala has left the anchor desk at KUVN-23, the Univision O&O in Dallas, to become an investigative reporter at KXLN-45, Univision Houston. She starts the new job tomorrow, July 3.

Crystal had been anchoring “Noticias 23 Primera Edición” for the past 3 years, since the station launched the morning newscasts in April of 2011. Her last day in Dallas was Friday, June 27.

The move reunites Crystal with news director Martha Kattan, who hired her at KUVN and who for the past 3 years has been in charge of the news operations at Univision Houston.

“I’m very excited about this new challenge,” says Crystal. “I’ll be able to put in practice what I’ve learned from my investigative journalism master’s.”

Prior to moving to Texas, Crystal worked as a Puerto Rico-based correspondent for NTN-24 and was a TV host for WIPR. She previously spent 3 years as a reporter/fill-in anchor at Univision Denver.