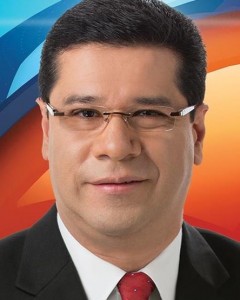 Jorge Buzo has been named news director and anchor of “Noticiero Telemundo Atlanta.”

In his new role, Jorge will lead the overall news operation, including specials and the management of the news team.

Jorge was most recently anchor and senior reporter at WKTB, the Telemundo affiliate in Atlanta. He has previously worked for Fox Sports and Televisa in Mexico.

Jorge joined WKTB in 2009, when he was brought in to start news briefs and a community affairs program.