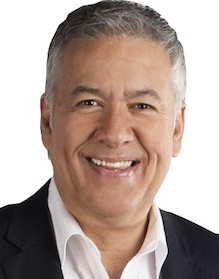 Television host Omar Moynelo, one of the founders of MegaTV, has come back to the station to launch a new primetime entertainment show.

“El Arañazo,” which will feature interviews and use social media to gauge what’s going on in Miami, debuted yesterday and will air Monday through Friday at 9 pm EST.

In April of this year he left América TeVe in April after a 3-year run hosting “Minuto de Fama” and “TN3.”

After leaving América TeVe, he signed an exclusive radio and TV contract with SBS.