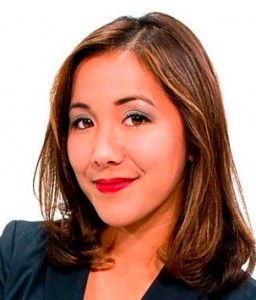 Anchor Sabrina Rodriguez, who last week took a voluntary leave of absence after getting arrested in a felony shoplifting case, has now quit her job at Fox40 in Sacramento.

The Emmy award-winning anchor has been named as an accomplice in the theft of 10 wallets worth $2,500 from a Coach outlet store. According to a police affidavit, she was seen on surveillance video assisting her fiancé Nicholas Gray in the crime.

In messages she posted on Facebook and Twitter, she says she’s “heartbroken” and “sad” about resigning, but that it was the best thing to do “given the recent media attention” about the criminal investigation she’s involved in and thanks viewers for their support.

“The past three years at FOX40 have been absolutely wonderful. From management to my colleagues in the newsroom and other departments, everyone is talented and kind. It’s been a blessing to work and learn from all of you,” she wrote on Facebook. “Resigning was not an easy decision to make, but it’s one that will allow me to focus on my case and work to reestablish my good name.”

I am sad to say I’ve decided to resign from FOX40 to concentrate on my case and re-establish my good name. Thank you for all the support.

According to a story published on Sacramento News & Review, court documents and police reports allege that Rodriguez and Gray partook in an ongoing plot to steal high-end clothing and merchandise and sell it on the black market.

A story on Sacramento’s ABC website states that investigators found text messages and pictures Gray’s iPhone that established Rodriguez’s knowledge of and participation in several incidents, which led to the warrant for her arrest.

Since the arrest, the 31 year-old Rodriguez has hired a public-relations firm to handle media inquiries. She also announced on Tuesday that she had “severed” ties with her fiancé and has deleted photos of her with Gray from her Facebook and Instagram accounts.