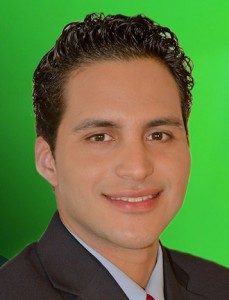 His last day at KVER is Friday, August 22 and he starts at the Univision station in Sacramento on Monday, August 25.

Enrique replaces Martha Minjárez, who after 7 years, left the station in March of this year for a reporter job in Telemundo Dallas.

Enrique, who was named KVER News Director in 2012, has been at the station since November of 2010. He previously worked as an anchor at KREN Univision Reno.