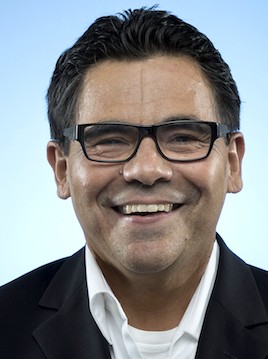 Award-winning reporter Robert Lopez is saying good-bye to the Los Angeles Times after a 22 year career at the paper. His last day is tomorrow, September 4.

Robert has accepted a job as Director of Communications for California State University Los Angeles. He starts the new gig September 15.

“It was not an easy decision to leave the L.A. Times. But it was time for a change, and it is the right decision,” Robert tells Media Moves. “I’ll be working at a great public university where a majority of the students are Latino. So I’ll be continuing the public service that marked much of my news career.”

During his lengthy career at the LAT, he was part of the paper’s investigative team for more than a decade.

For the past five years, he helped run the breaking news blog LA Now, where he says he was able to refine his social and digital media skills.

Robert is also one of the reporters from the investigative team that won the 2011 Pulitzer Medal for Public Service for exposing corruption in the city of Bell.

“It’s one of the projects of which I’m most proud,” he says. “I’m also proud of working a number of stories about the tragic death of Rubén Salazar.”

Before the LAT, Robert spent 3 years as a reporter at the Oakland Tribune.