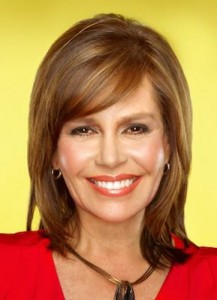 Glenda Umaña has been laid off from CNN en Español after 17 years with the network.

Glenda is one of the original anchors from the network’s 24-hour launch in 1997.

“My position has been eliminated as part of restructuring,” she told fans via Facebook. Although she was given a pink slip, she will continue to be on the air for the time being. Her last day at the network is November 7.

CNN recently announced it was slashing about 1,500 jobs nationwide as part of its restructuring of the company.

Throughout the years, Glenda has hosted multiple shows at CNNE, including “Consulta Médica,” and “Mirador Mundial,” among others. She has been a co-host for the network’s morning show “Café CNN” since August of last year.

Before joining CNNE, she was a corrspondent for the now defunct CBS Telenoticias.