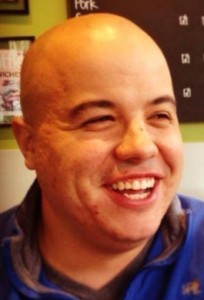 Photojournalist Paul Sánchez has left Seattle’s KCPQ for a job in Los Angeles.

“I finally landed my dream gig in photojournalism at KTLA,” Paul tells Media Moves. “My supervisors at Q13 were extremely instrumental in making the connection for me and putting me on their radar.”

Paul, who’s also an independent filmmaker, says he appreciates the opportunity at Tribune’s KTLA-5, but has other aspirations with his move to Hollywood.

“My ambitions are much higher than this, as I’m still fully vested in film. With my numerous spec scripts for movies and television shows, the move puts me in a better position to get those projects recognized.”

Before starting the new job at KTLA two weeks ago, he spent 19 months at the Seattle Fox affiliate. He previously worked at KTSU in Salt Lake City, KOLD 13 and KGUN 9 in Phoenix.