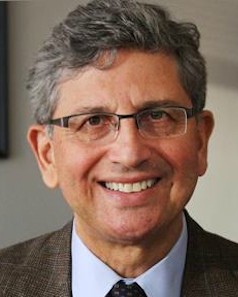 Edward Schumacher-Matos resigned as NPR Ombudsman four months ago, but apparently the search for his replacement has been harder than anticipated.

Edward was initially supposed to leave the job in August, but was asked to stay on until October 3. With no replacement in sight, he was asked to extend his tenure until November 1.

That day has come and gone and for a third time, NPR has asked him to delay his departure. His last day is now supposed to be December 31.

Edward, who is currently also a Columbia Journalism School professor teaching social media strategy and tactics and writing opinion and analysis, has been with NPR since June 2011.

A 37-year journalism industry vet, he was previously a syndicated weekly columnist for The Washington Post, the ombudsman for The Miami Herald and a Harvard professor.

Edward spent 10 years as the founding Editor and Associate Publisher of The Wall Street Journal Americas, before founding the ill-fated Rumbo newspaper chain in Texas in 2002, acquired by impreMedia in 2007. The last print weekly paper of the chain – the Houston edition – was shut down and turned into an online pub in June of this year.

He also worked almost 9 years at the New York Times in several roles, including as Madrid Bureau Chief and Buenos Aires Bureau Chief.