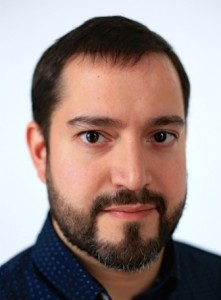 Tomorrow is Fernando Díaz’s last day as Managing Editor of Spanish-language daily Hoy Chicago and online pub vivelohoy.com, after more than 4 years with the company.

Fernando will be moving from Chicago to the San Francisco Bay Area to start a new a job as Senior Editor at the Center for Investigative Reporting. His first day at CIR is December 8.

“CIR is a dream job and I wouldn’t have landed it without the experience at Hoy,” Fernando tells Media Moves. “While at Hoy we hired the paper’s first investigative editor, transitioned the staff from the legacy CMS to digital-first workflow with WordPress, grew the site to an average 1 million pageviews per month, hired its first two multimedia producers, won half a dozen SND’s for print design, an IRE Award and had several members of our staff selected for fellowships, including IJJ, Dennis Hunt and a Fulbright. We also successfully launched a local newscast in partnership with MundoFox.”

Prior to joining Hoy in March 2010, Fernando helped launch ChicagoNow, where he was Community Manager, News and Opinion, in charge of news and opinion blogs for the Chicago Tribune Media Group.

He was previously an investigative reporter covering government, politics and immigration for the Chicago Reporter.

He also worked as a reporter for The Democrat and Chronicle in Rochester, New York, and the Daily Herald in Arlington Heights, Illinois.