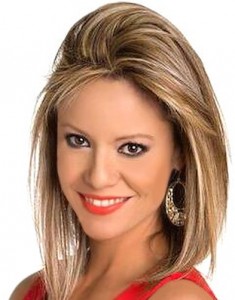 Karina Yapor was working as a multimedia journalist at KTDO, the Telemundo station in El Paso, when she got an offer to go to San Antonio as a weekday primetime anchor.

With a deal in place – at least Telemundo thought so – the network publicly announced her hire on October 16, saying she would start the new job Oct. 27. But she never made it to San Antonio.

So what happened? Telemundo wouldn’t comment on the situation, but Karina sent Media Moves a brief statement:

“I feel very honored that two great companies like Telemundo San Antonio and Univision Dallas were interested in my professional performance. They were two excellent opportunities that materialized simultaneously, and in the end, Dallas proved to be the ideal place for my professional growth at this point in my life. I am very happy about how the community and colleagues received me. It couldn’t have been any better.”

Karina spent 4 years at KTDO, first as a producer and then as an on-air multimedia journalist, leaving the station in October.

Karina was one of several young girls caught up in the Gloria Trevi/Sergio Andrade scandal in the late 90’s involving kidnapping, sexual assault and corruption of minors.