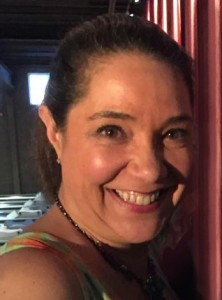 Roxanne García-Bell is leaving her position as Director, South Region of NBC News after a 20-year career with the company. Her last official day is Tuesday, December 9.

Roxanne, who is based in Atlanta, says she opted to leave when NBC moved the position to Miami.

“My husband works in Atlanta and we have a very good life here, something important when you have a child,” she says. “It was a personal choice to stay in Atlanta.”

Prior to her promotion to Region Director and move to Atlanta in 2012, she was Deputy Director, North Region, based in New York. She was previously NBC News Bureau Chief in NY and also spent 6 years as a producer for NBC Nightly News.

Before joining NBC, she worked for Telemundo as a special projects producer.