Univision was off the air in stations all over the country for about 90 minutes to almost two hours last Friday, December 19.

The signal loss, which also affected Unimás, may not have been as evident in the East Coast, because it started at about midnight. But for the West Coast, the blackout happened during primetime, upsetting many viewers who couldn’t get their 9 pm PT telenovela fix.

California station staffers scrambled to try to put something on the air while waiting for the network signal, but that didn’t happen for a significant amount of time.

Some stations were able to step in and air some local programming after more than an hour off air, but smaller stations without the technical staff weren’t able to do the same.

A company source says an electrical systems failure caused the loss of the network’s signal for approximately 90 minutes, although some insiders say it was closer to 2 hours.

Only one California station – Univision Sacramento – made an effort to notify viewers on Facebook about the technical difficulties, with some viewers thanking them for clarifying the problem was at the source.

Even though KMEX-34 in Los Angeles didn’t give an explanation, viewers took advantage of promo posts to voice their displeasure, complaining about missing their novelas and some, suggesting they switch to other networks like Telemundo or Azteca América. 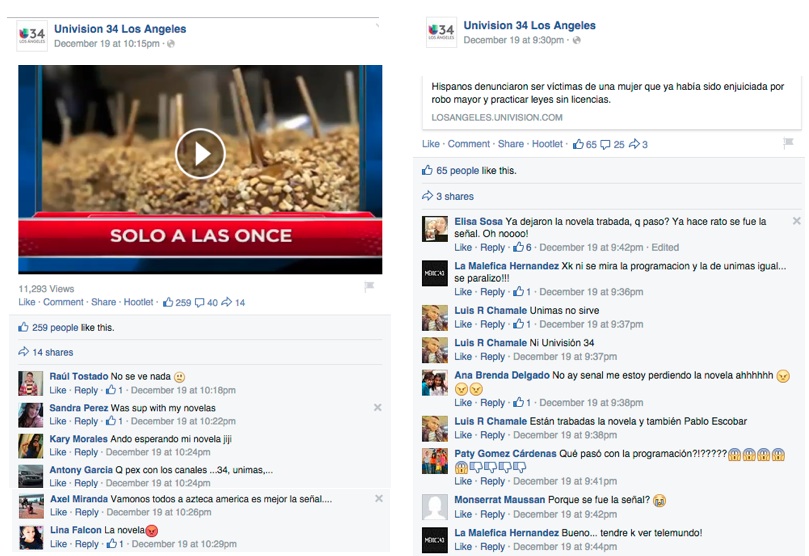 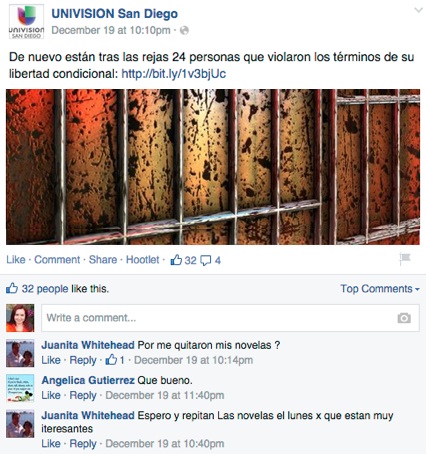 One insider at another station said they wanted to post a message on their social media page, but was instructed not to do so.

No word yet on how the signal loss will affect Univision financially, since commercials scheduled during that time period did not air.