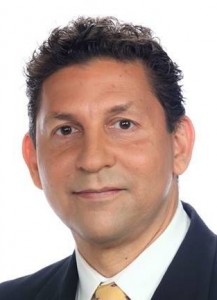 Reporter Carlos Rubén Zapata has pled not guilty to the two felony domestic violence charges filed against him on December 9 by the Los Angeles District Attorney.

Zapata, who  was  arrested for the alleged crime on December 3, was due in court today, December 24. But according to the D.A.’s office, the defense requested to advance his case a day earlier.

During his appearance at the Van Nuys Branch of L.A. County Superior Court he pled not guilty to two felony counts of corporal injury on a spouse.

He is scheduled to return on February 2, 2015 for a preliminary hearing date.

Zapata had been working as a reporter for local station MundoFox 22 at the time of his arrest. Since the charges were filed and the company notified on December 10, Zapata’s bio disappeared from the station’s website and he has been off the air.

MundoFox22 would not disclose if Zapata has been suspended or fired, but issued a statement indicating the company does not condone domestic violence and takes the issue seriously.