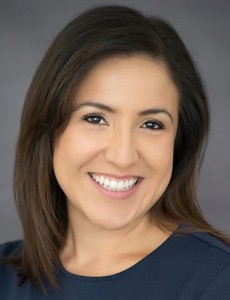 Marcela Salazar has left her job as a Senior Producer at CNN’s Washington, D.C. bureau to become a Principal at The Raben Group, a lobbying and consulting firm. She started the new job last week.

In her new role, she’ll be working with the firm’s clients and participate in the Latin Strategies and Strategic Communications practice areas.

Until her departure from the cable news network in December of 2014, Marcela was working for CNN’s “Crossfire.” She was previously Washington, D.C. bureau manager for CNN en Español. Before that, she was a Senior Editorial Producer for “John King, USA.”

Prior to joining CNN, Marcela also produced Univision’s “Al Punto with Jorge Ramos” and the network’s national evening newscast during the 2008 presidential campaign.

She also worked for the office of former Speaker of the House of Representatives, Nancy Pelosi, the National Council of La Raza (NCLR), and was a senior consulting analyst both in the U.S. and Spain with Accenture.