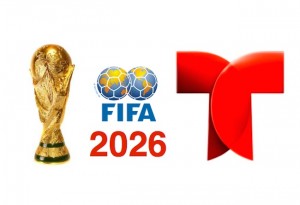 FIFA today announced that it has awarded Telemundo and Fox networks the U.S. broadcast rights to the 2026 World Cup.

The move comes as a surprise, because FIFA bypassed the bidding process.

This is a big get for Telemundo, which in 2011 swiped the Spanish-language rights to the lucrative World Cup from Univision for the 2018 and 2022 World Cups, paying $600 million for the deal.

Telemundo will now have the rights to 3 consecutive World Cups.