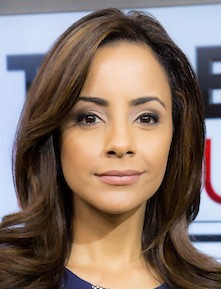 Less than 8 months after taking an investigative reporter job at KXLN-45, Crystal Ayala has left the Univision O&O in Houston.

She has accepted a new job as a consumer investigative reporter at KTMD-47, the Telemundo station in Houston.

According to the company, Silvia is leaving the station for personal reasons.

“We are very grateful for Silvia’s consumer investigative work and her commitment to the Telemundo Responde team in Houston,” Jerry Vázquez, VP of News, said in a statement.

Prior to working for Univision Houston, Crystal spent 3 years anchoring “Noticias 23 Primera Edición,” since the station launched the morning newscasts in April of 2011.

Before her move to Texas, Crystal worked as a Puerto Rico-based correspondent for NTN-24 and was a TV host for WIPR. She was previously a reporter/fill-in anchor at Univision Denver.