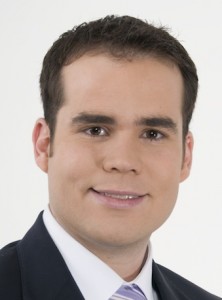 Both newscasts, produced from Mexico, will be aired exclusively in the United States and focus on the national and international news and events that affect U.S. Hispanics.

Before that, he co-anchored “Noticiero Nacional Azteca América” with Christian Lara from January 2011 until 2013.