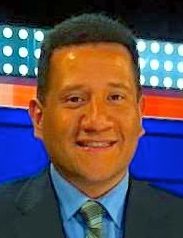 Carlos Correa has joined XETV-TV San Diego 6 the CW as a multimedia journalist.

He started the new job this past Monday, after just taking only the weekend to move south from Bakersfield, where he spent the last two and a half years as a reporter for ABC affiliate KERO-TV.

His last day at that station was Friday, February 27.

Carlos previously worked as a news director and multimedia reporter for KRWG, the PBS and NPR stations in the El Paso/Las Cruces market, and as a reporter/anchor for KOLR (CBS) and KSFX (FOX) in Springfield, Missouri. He also worked for KTVO, the ABC affiliate in Ottumwa, Iowa.

He began his career as an intern at WMAQ NBC5 Chicago, working his way up to assignment desk weekend editor and field producer.