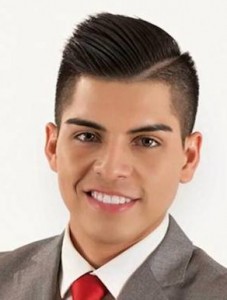 Gabriel Torres is moving on to his third job within Telemundo in less than a year. He joins KXTX Telemundo 39 in Dallas as a VJ.

His hiring is part of KXTX’s plans to beef up the station’s weekend and morning newscasts.

Gabriel was most recently VJ at KTDO Telemundo El Paso since November 3.

He previously worked as a reporter, segment host, writer and editor at KVDA 60 in San Antonio from May until October of last year.

Gabriel began his broadcast career in 2011 as a segment host and production assistant for Univision/Fox News Laredo.