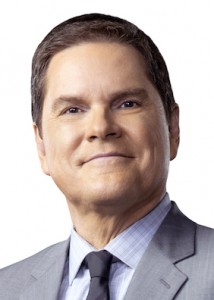 Senior sports anchor Jessi Losada is leaving Telemundo at the end of March after a 15-year run with the network.

“I believe that living a successful life includes pushing ourselves to grow, change and continue to innovate while giving back to our Latino Community which is what I will continue do,” Jessi tells Media Moves.*

Since joining Telemundo in May of 1999, Jessi has anchored “Titulares Telemundo,” “Boxeo Telemundo” and has led Spanish-language coverage of NBA, NFL and Olympic games for the network.

“I have been very lucky to work with great teams in my career and Deportes Telemundo has been a special part of that, I am very proud of having been part of many “firsts” in our Industry and many of those were during my 16 years there. I will certainly miss the team.”

Jessi will also be leaving Miami.

“It’ a new and exciting chapter in my career and life, I will be returning to California which is where I started my network career and where I will once again embark on new projects which I will share with everyone soon. Hasta pronto!”

An Emmy-award winner, Jessi previously spent 21 years at Univision, starting as a sports anchor and producer in Los Angeles in 1980, when it was Spanish International Network (SIN).

“Jessie Losada decided to leave Telemundo to pursue other interests.  During his more than 15 years with Telemundo, he has been a great professional and an important part of our award-winning team of sportscasters. We wish him the best and look forward to working with him in the future.”

* UPDATED at 2:00 pm PT to include Jessi’s statement about his move.