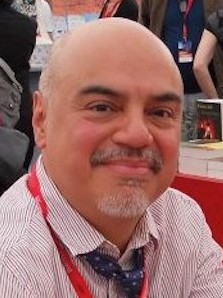 Héctor Tobar, who left the Los Angeles Times in September of 2014 to take a job as a professor at the University of Oregon, is now a contributing Op-Ed writer for the New York Times.

Héctor is one of 19 contributing opinion writers the NYT has hired to beef up its roster.

His first column at the NYT was published this week.

The Los Angeles-born author and journalist spent two decades at the LAT, as a correspondent, columnist and book critic.

His books include the novels “The Tattooed Soldier” and “The Barbarian Nurseries” and the nonfiction “Deep Down Dark: The Untold Stories of 33 Men Buried in a Chilean Mine and the Miracle that Set Them Free.”