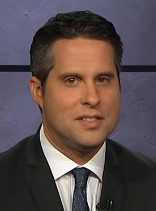 His first day on air was last Sunday, May 24.

Copán joins Telemundo/NBC Deportes from his native Honduras, where he was a sports anchor at Televicentro for the past 13 years.

The network also announced the roster of on-air talent that will cover the FIFA events that Telemundo Network, NBC Universo and NBCDeportes.com will broadcast in 2015.