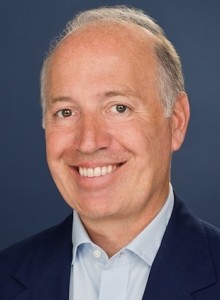 Francisco J. López-Balboa is the company’s new Chief Financial Officer, effective immediately. He’ll be based in New York and report to President and CEO Randy Falco.

López-Balboa has extensive background in investment banking. Over the course of his career, he  has advised on and executed in excess of $200 billion in financing transactions involving acquisitions, divestitures, joint ventures, restructuring and debt and equity assignments, which could come in handy as Univision gears up for its IPO.

Peter H. Lori, who took over as Interim CFO since February, will continue as EVP of finance and Chief Accounting Officer, and has also been named Deputy CFO, reporting to López-Balboa.

López-Balboa was most recently Managing Director and Head of Telecom, Media and Technology Investment Grade Financing at Goldman, Sachs & Co. Prior to joining Goldman Sachs in 1991, he was a Director in the Capital Markets Group at Merrill, Lynch & Co.