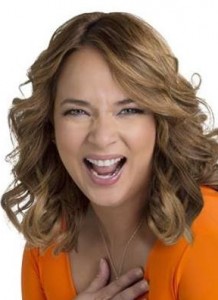 After the birth of her daughter Alaia and a three-month maternity leave, Adamari López returns to her TV hosting duties at “Un Nuevo Día.”

Actress Laura Flores stepped in during her absence starting March 23.

Adamari has been co-host of Telemundo’s morning show since 2012.

The Puerto Rican actress and TV personality is scheduled to be back on the air next Monday, July 6.