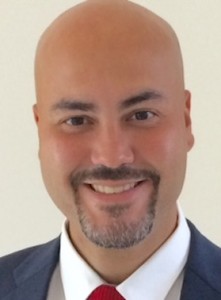 Alberto Rullán is leaving his native Puerto Rico for a job as fill-in anchor and reporter at WNJU Telemundo 47 in New York.

Alberto joins Telemundo 47 from Puerto Rico’s WAPA TV, where he worked from 2000 to 2015 as a reporter and anchor for Noticentro.

Today he bid farewell to his longtime WAPA colleagues, saying he “closed a great chapter in my professional life.”