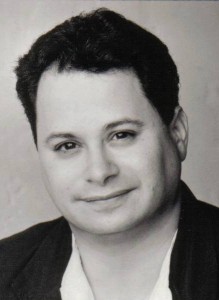 Kevin Olivas has been named News Recruitment Manager at Sinclair Broadcast Group. Based in Baltimore, he starts the new job on June 8.

Kevin leaves the National Association of Hispanic Journalists (NAHJ) after spending 13 years at the organization, first as Educational Programs Manager, then as Parity Project Director and most recently, as Recruitment and Guidance Manager.

“News recruiting has been one of my passions for years. There is nothing more fulfilling than helping someone to achieve their dreams,” Kevin tells Media Moves. “With Sinclair, I am going to have the opportunity to work with a wide gamut of journalism, but especially with journalism schools to build a pipeline of talent. I love doing that! In a way, it’s a chance to give back. A lot of people helped me when I was coming up. When it comes to journalists of color, I have always been of a firm believer (only because it’s true) that the best candidates come from all kinds of different backgrounds…. I want to make sure that Sinclair is hiring the best journalists and those who are from diverse backgrounds are definitely among the best.”

Before joining NAHJ, Kevin was CCNMA’s Career Development Manager. He was previously a reporter for KFWB News Radio in Los Angeles and KSDO News Talk Radio in San Diego.