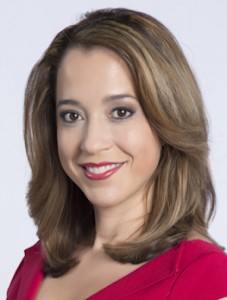 Mireya Villarreal is moving up to network news. An investigative reporter for KTVT, the CBS O&O in Dallas, Mireya has been tapped by CBS News to become a Los Angeles-based correspondent.

Her last day at the Dallas station is July 10. She starts the new job on July 20.

A native Texan, Mireya’s entire broadcast career has been in her home state.

Before joining KTVT in January of 2013, she was an investigative reporter for NBC affiliate WOAI in San Antonio. She previously spent 3 years as a reporter for KRGV Newschannel 5 in the Rio Grande Valley.