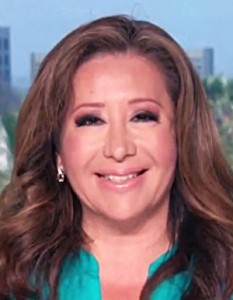 Jessica Maldonado, a Los Angeles-based entertainment correspondent for Univision’s “El Gordo y La Flaca” for the past 16 years, is out of a job.

A Univision spokesperson confirmed her exit from the network, but would not give any specifics.

According to a source, her contract was not renewed.

She began her broadcast career in 1993 as a production assistant at KVEA’s promotions department.