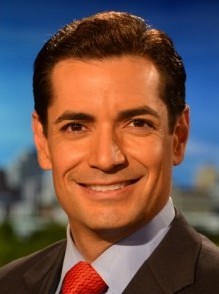 Anchor Mat Garcia has left CBS affiliate KENS-TV in San Antonio after 3 years as the station’s morning anchor. His last day on the air was last Friday, June 26.

That day he shared on Facebook that he decided to leave his anchor job “after long consideration and discussion with my family” and “to pursue another exciting opportunity.”

He doesn’t specify what that opportunity is… yet, but he affirmed he’ll be staying in San Antonio.

Before his move to KENS, he was morning anchor at KOCO, the ABC affiliate in Oklahoma City. He previously worked as weekend anchor for KWGN-TV in Denver. Before that, he was a morning reporter and fill-in anchor for WPIX-TV in New York City.