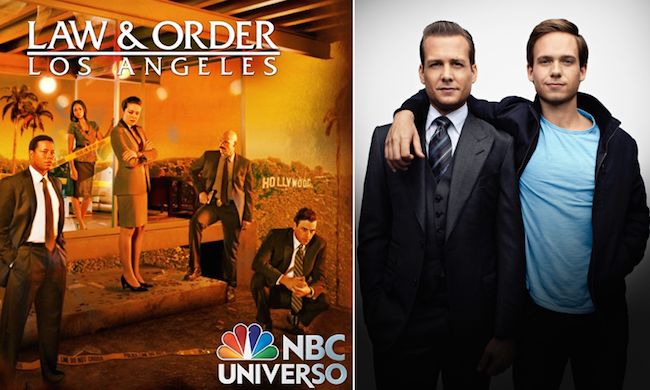 Cable network NBC Universo is stepping up its programming game, as it tries to build a new audience for the channel formerly known as mun2.

Starting next week, the network is pumping its programming schedule with Spanish-language dubbed versions of popular NBC shows “Law and Order,” “Law and Order: Los Angeles” and USA hit “Suits.”

It’s the first time these shows will air in Spanish on U.S. television.

“We need to highlight content that fulfills our mission of providing world class entertainment programming. Looking at some of the NBC properties is a no brainer,” says Bilai Joa Silar, who took over as NBC Universo’s SVP, Programming & Production in late April.

Silar arrived to the network three months after it was rebranded from the youth-oriented mun2 to the sports and entertainment focused NBC Universo targeting adults 18-49.

“We’re building the programming slowly but surely. It’s a gradual build. The first phase was sports,” she says, referring to the network’s debut on February 1 with the Superbowl and more recently airing the Women’s World Cup. “Now, I have to build out the entertainment portion of the channel.”

The first 5 seasons of the original “Law and Order,” which will air Monday through Friday from 5 to 7 pm, is setting the foundation groundwork for Silar’s programming strategy, as it’s the show that will lead into the network’s primetime.

“I want to build one night at a time, so viewers will know what type of content Tuesday, then Wednesday and so on,” she says.

And she’s starting with Tuesday nights, which will have a focus on drama and procedural shows with “Law and Order:Los Angeles” airing at 9 pm, leading in to “Suits” at 10 pm.

“What’s important for us is to bring content relevant that’s relevant to our viewers.” Bilar points out that “Suits,” for example, features actress Gina Torres in a regular, prominent role.

As she continues to build the network’s programming grid, expect to see more NBC family shows dubbed into Spanish. But original reality shows and other acquisitions will also feed the channel lineup.

“It’s about finding the right mix,” says Bilar. And that includes “Larrymanía,” a popular staple of the mun2 era, which now continues on NBC Universo. The show is now in its fourth season.

Starring Mauricio Ochmann and Itatí Cantoral, the series centers around a family of five male doctors whose wives and girlfriends dump them all on the same day and how their lives change.

Bilar hopes “El Sexo Débil” will encourage co-viewing, as it works to increase its female audience.

“It’s a process… of finding the right equilibrium for our viewers.” Bilar says to stay tuned: “We have some surprises in store.”