When Univision filed its plans for an IPO with the SEC this morning, it had to open its books, revealing its cable network Fusion lost $35 million in 2014 alone.

The Univision/ABC joint venture forged in 2012 and launched in October of 2013 has faced numerous challenges – most notably, finding an audience and achieving broader distribution.

According to Univision’s S-1 filing, Fusion generated $28 million in revenue and spent $63 million, registering a net loss of $35 million. It also has assets valued at $26.1 million and liabilities totaling $12 million.

The document shows Univision, which holds a 50% non-controlling interest in the cable network, contributed a total of $26.5 million from 2012-2014. In March of this year, Univision invested another $11.5 million for Fusion’s general use as part of a capital investment by the two joint venture partners, as well as $5.6 million “for use solely in the development of Fusion’s digital business.” That amount doesn’t take into account Disney’s investment.

In addition to putting in cash, Univision also provides “support services,” which include newsgathering, studio expenses, engineering and operations support, as Fusion is housed in Univision’s Newsport facility in Miami. Univision gets reimbursed for some of those costs.

A network source says the figures in the filing for 2014, Fusion’s first full year of operations, align with its long-range business plan.

Since its launch, Fusion has cancelled many of its original TV shows and downsized personnel, yet invested heavily in bringing in high-profile digital journalists for its website, which was relaunched in February.

A scathing story on Gawker in early June titled “More People Work at Fusion Than Are Reading Its Most Popular Post” insinuated those efforts were fruitless. It showed screenshots of internal traffic metrics of Fusion’s website, indicating the audience problem isn’t just confined to the cable network, but to its digital property as well.

Fusion’s Editor-in-Chief Alexis Madrigal quickly tweeted a response to the article, defending the traffic and sharing a screenshot of May traffic at over 5 million users.

At the time, spokesman David Ford told Media Moves: “A snapshot of one moment in time during one day does not provide a fair or accurate picture of a site’s reach as Gawker implied.” 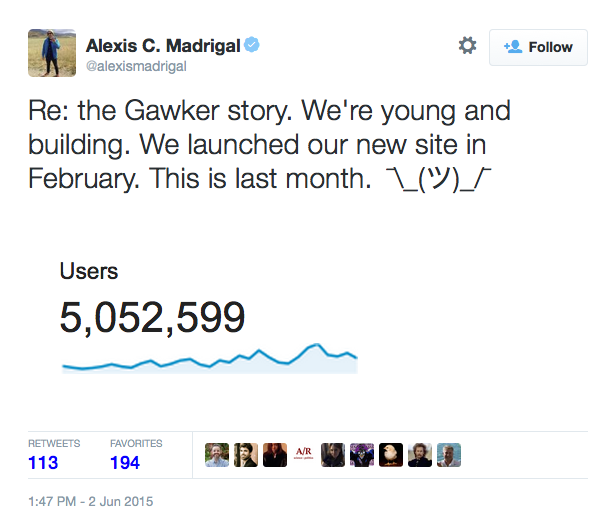 There is no information on Fusion’s television viewers, as the cable net is not Nielsen rated.

The S-1 filing reveals a lot of financial information – about the revenues, operating costs and losses of Univision and Fusion, but also of El Rey Network.

Univision invested $130 million in Robert Rodriguez’s English-language cable channel, which quietly launched in December 2013, owning less than a 20% stake in that venture.

The financial statements show El Rey lost $72.3 million last year with revenues of $44.9 million and expenses of $109 million. Those losses are significantly higher than Fusion’s.

But as observers point out, Fusion airs mostly in-studio shows, while El Rey has higher operating costs because its programming is much more expensive to acquire and produce.