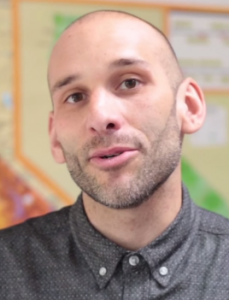 Just seven months since joining Fusion, Alexis Madrigal, has been promoted to Editor-in-Chief of Digital. He replaces Jane Spencer, who moves to a new role as SVP of Emerging Platforms.

Alexis will be reporting directly to Daniel Eilemberg, SVP and Chief Digital Officer.

The editorial shuffle includes other title changes: Hillary Frey, who came on board as Director of Global News Operations, will now be Executive Editor, and Jezebel founder Anna Holmes, initially hired as Fusion’s Editor of Digital Voices and Storytelling takes over as Editorial Director.

In a memo sent by CEO Isaac Lee to staff, the changes are part of Fusion’s “doubling down on our digital efforts, further investing in key areas, while setting our collective sights even higher….

We’re building Fusion into a dynamic, new type of media company—one built around the fact that a young, diverse, socially and culturally connected audience consumes content without borders. Fusion is focused not only in reaching this audience on television and online, but engaging with them in every place they consume information—from Snapchat and Instagram to Apple TV and Vine.”

As part of those goals, Fusion says it’s expanding its editorial unit and plans to make hires for its teams in New York, Miami, Washington and Oakland.