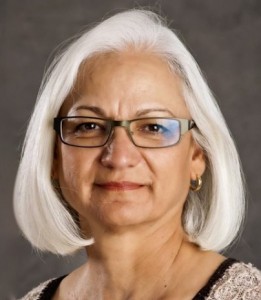 Newspaper exec Carolina García has announced she will be retiring after more than three decades in the newspaper industry.

She’s leaving her current role as Managing Editor for Enterprise and Projects for the Los Angeles Newspaper Group’s nine publications on September 1.

García joined LANG as Executive Editor of the Los Angeles Daily News in 2008.

She previously spent 5 years as Editor of the Monterey Herald. Before that, she was Managing Editor of the San Antonio Express-News from 1998 to 2003.

Prior to entering the ranks of newspaper management, she was a columnist at the Milwaukee Journal Sentinel, focusing on the region’s Latino community.