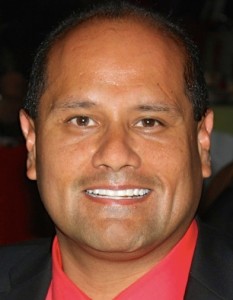 James Doughty has returned to TV news – and his hometown. He started a job as News Director of KWES’ NewsWest 9 in Midland, Texas. He was most recently Communications Manager for San Antonio Councilman Joe Krier.

“I enjoyed a nice break away from TV News, but I am home again and this is where I belong,” James tells Media Moves. “It was important for me to see the other side by serving at City Hall. My 8 months as Communications Director at District 9 only made me a better journalist and manager.”

Before his brief stint at City Hall, James spent 11 years as reporter for KENS in San Antonio.

A proud 4th generation Texan, James’ entire career has been in his home state. He was previously an News Director/Anchor at KACB-TV in San Angelo. He also worked as a weekend anchor and reporter at KTRE in Lufkin and reporter at KIII in Corpus Christi. He landed his first reporter job KVII in Amarillo in 1998.

James started using his mother’s maiden name in 2002 for his on-air work.

“I decided to use my mother’s maiden name when I became the main 6 and 10 p.m. anchor in San Angelo. During my first five years on-air I thought my last name Doughty was too much of a distraction. People would ask all kinds of questions regarding Doughty and it was rarely pronounced correctly,” he explains.

“I can say after 17 years as an on-air broadcaster my recommendation to young journalists is to be yourself. In my final years on-air I really regretted using another last name. It ended up creating even more confusion when I self-published a book and forget about social media and being recognized in public when my real name had to be shown.”

James refers to his memoir “Some Monument To Last,” which he self published in late 2008. In it, he traces his family history all the way back to 1755.