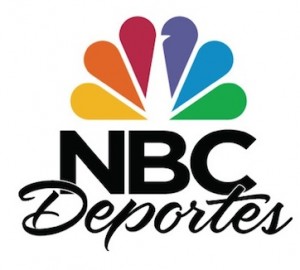 After months of rumors and speculation, news that NBC Deportes will be moving to Stamford, CT has been confirmed by a company spokesperson.

During a staff meeting this morning, employees were told the Spanish-language sports unit, currently based in Telemundo’s Miami headquarters in Hialeah, will be moved to operate out of the NBC Sports state-of-the arts facility in Stamford.

About 70 people, including production staffers and on-air talent, have a month to decide if they want to remain with the NBC Deportes unit and relocate.

Employees will be provided relocation packages. Those who don’t want to move and can’t find other jobs within the company will be given a severance package, since their positions will be eliminated in Hialeah.

Eli Velázquez, promoted in January to EVP Sports, Hispanic Enterprises and Content, and who leads NBC Deportes since the creation of the new unit in May of this year, will be relocating to Stamford.

The NBCDeportes.com digital team and some tech operators from the sports unit will remain in Hialeah.

The only sports show that will continue to be produced and based out of Miami is “Titulares y Más,” hosted by Edgar López and Karim Mendiburu, which airs Monday-Friday at 11:35 pm ET. According to the spokesman, the show is enjoying its best season and there are plans to invest in growing the franchise.

The company plans to do the move in phases and expects to complete the process by end of the first quarter in 2016.

The spokesman says this is not a cost-cutting, but rather a strategic move. In fact, he says, there are plans to hire more employees in Stamford, growing the team close to 100 staffers, and invest heavily in infrastructure and news sets as part of a long term commitment in sports.

“We’re building a stronger sports unit and getting the company World Cup ready,” says the spokesperson. “By working closer with NBC Sports we’ll be able to leverage all of their resources and work better by being co-located in Stamford.”

He says that during the staff meeting, the company shared its goals and gave a preview of how the studio and facilities will look.

“They understand this is a great career opportunity, even if it’s personally disruptive.”

Conversations about the move had been ongoing for the past several months as management analyzed how the Spanish-language sports unit could best tap into the resources of its sister property NBC Sports. Employees had been alerted to the possibility of the move, but were not told anything about their respective situations until a decision was made as to what portions of the team needed to be moved.