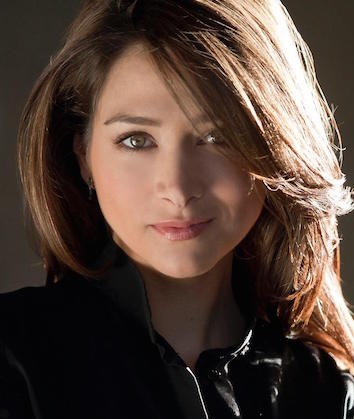 Anchor Felicidad Aveleyra has said her goodbyes at Univision’s Los Angeles station KMEX-34. A source says she turned in her resignation on Monday, prompting a quick farewell video presented during the 6 pm newscast by her co-anchor León Krauze yesterday.

In a cryptic Facebook message, she contemplates how life has many cycles and that one of those cycles has come to an end for her after 5 years with Univision. Felicidad also thanks her friends and colleagues and writes:

“It’s time for me to jump into an adventure. Life has given my subtle and clear signs that I needed to change now….let’s see what the future has in store for me.”

She also took to Twitter to thank her co-anchor and say “see you soon,” insinuating she may be back on the small screen in a near future.

No word yet on what her next “adventure” will be.

An actress turned TV host and newscaster in her native Mexico, Felicidad joined KMEX in 2011 as 11 pm anchor. She added 6 pm co-anchor duties at the end of 2013, upon Teresa Quevedo’s departure.

The station will be conducting a search for her replacement.