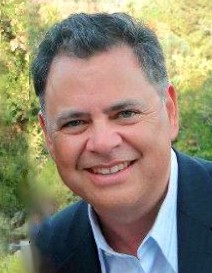 Jaime Jiménez is no longer with Univision. Jiménez, who was named EVP, Univision Local Media in a company restructuring in 2014, took over Univision Radio from José Valle in June of this year.

In an internal email to staff sent out Friday afternoon, Univision’s President of Local Media Kevin Cuddihy announced he will be “hiring a VP of Radio Content in the near future.”

I want to thank you for your continued hard work and for the cross-market collaboration that is happening across our markets to strengthen and continue to unlock the power of our unified Local Media assets.

To that end, I have asked Lee Davis to focus his primary efforts on Radio sales going forward. As part of this new focus, Lee will also directly manage our five Radio-only markets – Las Vegas, El Paso, McAllen, San Diego and Albuquerque.  As Lee transitions into this new role, I have asked Luis Fernandez Rocha to, in addition to his current responsibilities, also assume responsibility from Lee for San Antonio, Austin, Phoenix/Tucson, San Francisco, Sacramento and Fresno. In this transition period, PJ Gonzalez, Olga Jaramillo, Haz Montana, Ismar Santa Cruz and Fernando Perez will report to me. We will be hiring a VP of Radio Content in the near future.

Many of you have worked with Lee and Luis in the past and can attest to their deep knowledge, expertise and dedication to our business and community.

I am confident that with Lee’s and Luis’ new focus – and the close collaboration between PJ, Olga, Haz, Ismar and Fernando – we will continue to build momentum for the entire Local Media organization.