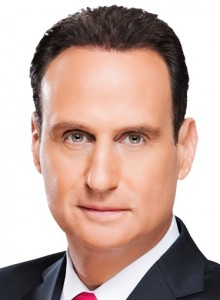 A high level source at MSNBC says José Díaz Balart is staying put at the network. “José is a highly valued voice in our network that we hope to have for a long time to come,” says the executive, who can’t speak openly while MSNBC undergoes programming restructuring.

Rumors of José’s uncertain future at the cable network arose after an unconfirmed story surfaced on Mediaite last week reporting the network will expand “Morning Joe” to 4 hours from 6 to 10 am,  and that “Tamron Hall will then take over the 10-12 noon slot, thereby leaving Mr. Díaz-Balart as the odd man out.”

“The Rundown with José Díaz-Balart” currently airs weekdays from 9 to 11 am.

Although the source admitted MSNBC is “re-engineering” the network to make it “more news driven than opinion-focused,” especially in the 9 am to 5 pm daytime lineup, the executive emphasized that “José is a solid news anchor whose personality fits perfectly for a news program…. One of his many strengths is that he’s part of the Hispanic community. We think it’s very important that Hispanic community in United States is represented in our network.”

That said, there is no confirmation on what José’s role will be as MSNBC “restructures” its lineup and “reshuffles” its talent.

A Latino advocacy group didn’t want to take any chances. The National Hispanic Leadership Agenda (NHLA) immediately sent a letter to Phil Griffin on behalf of a coalition of 40 national Latino organizations blasting MSNBC over the possibility the cable network could eliminate or downsize the only Latino anchor from its lineup, according to Buzzfeed.

The MSNBC exec did not want to address if the letter had any effect on what will happen to José, and would only say that “it was a hasty reaction to a speculative and unconfirmed report.”