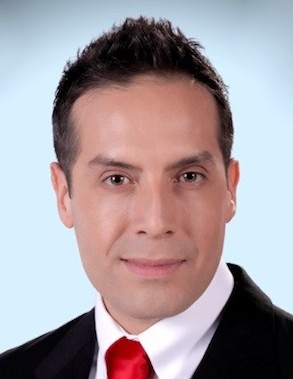 Antonio Sánchez has been hired at KWEX-41 Univision San Antonio as weekend anchor/VJ. He has just joined the station and begins his run as 5 and 10 pm weekend anchor this Saturday, October 31.

He’ll also be reporting three days a week and as a certified weather forecaster, will cover weather as needed.

Prior to his move to San Antonio, Antonio was an anchor/VJ/weathercaster for Azteca Colorado since March of 2013. During that time, he was also the Colorado correspondent for Noticiero Nacional Azteca America.

He was previously a VJ/anchor at KXTX Telemundo 39 in Dallas. He also spent a year anchoring newscasts for the Telemundo Production Center for Las Vegas, San Antonio and Fresno.

Before that, Antonio worked as a weather, sports and news anchor and website editor at Azteca San Diego for three years.

In 2014, he became a certified weather forecaster.