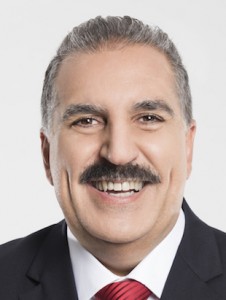 Fernando Fiore, who left Univision after 15 years as host of “República Deportiva,” will make his English-language debut next week on Fox Deportes.

At this point, the sports network only signed him up for one appearance as contributor for coverage of the CONCACAF Cup playoff match between the U.S. Men’s National Team and Mexico on Saturday, October 10.