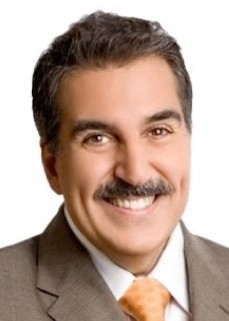 Fernando Fiore, who has been the host and “president” of Univision’s Sunday sports show “República Deportiva” for the past 15 years, has called it quits.

A company source confirmed that Univision has accepted his resignation and that Fernando is no longer with the company.

His final show was last Sunday, after the end of the 2014 World Cup in Brazil.

During the next two weeks, “República Deportiva” will air a “best of” compilation to give the production team a break after its back-to-back coverage of the World Cup.

After the break, the show will go on led by the remaining personalities. In June of 2013, Univision made some changes to the show, updating the set, logo and adding two new hosts:  Lindsay Casinelli and former Nickelodeon Latin America star Danilo Carrera.

On Sunday, Fernando tweeted that this – his 7th World Cup – was probably his last with Univision and that he put his “heart and soul” to the project.

That tweet may have been an attempt to quietly tip off his fans about his departure from the network, or simply stating a fact: Univision no longer has the rights to the biggest sporting event in the world. Telemundo owns the U.S. Spanish-language TV rights to World Cup 2018 and 2022.

** An earlier version of this story incorrectly stated that Univision made changes to “República Deportiva last month.” Those changes were made in June of 2013.