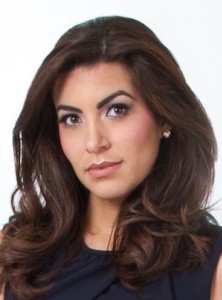 Paula Lamas is leaving Miami, where she has been working as a freelance reporter to join KUNS Univision Seattle as a weekday anchor/reporter. She starts next Monday, November 30.

She replaces Teresa González, who left the station to join Telemundo Dallas in September.

For the past 5 years, Paula has freelanced as a writer, producer and host for several networks, including CNN en Español, SBS’ Mega TV, MundoFox and GenTV.

A native of Venezuela, she previously spent 6 years as a producer/on-air talent for Radio Caracol.

Paula also worked as an anchor/reporter for Noticias Telemiami and was a host for HolaVision TV network.