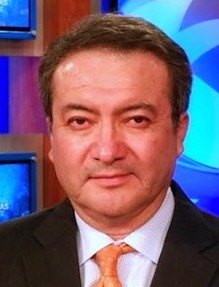 Luis Hernández is no longer the VP and General Manager of KVDA, Telemundo’s O&O in San Antonio. An inside source says he was ousted yesterday.

A company spokesperson confirmed his exit with this brief statement:

“Luis Hernández no longer works for the company. We wish him well in his future endeavors.”

The position is already listed on the NBCU careers website.  Manuel Martínez, President of the Telemundo Station Group, will oversee management of the station until the company hires Hernández’s replacement.

Hernández joined KVDA in 2013, when ZGS was operating the station. NBC Universal took back the reins of the station’s operations last year.

Before KVDA, he spent over 3 years as VP and GM of the KAZD, the Azteca América affiliate in Dallas. He was previously General Sales Manager of KUVN-23, Univision’s O&O Dallas and held several leadership roles at Entravision.