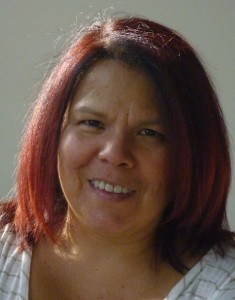 Reporter Regina Medina was among 46 journalists laid off by the Philadelphia Media Network. The round of cuts hit The Daily News, Philly.com and The Inquirer after parent company Media Network announced it would merge the three properties into one newsroom to save $5 million to $6 million companywide.

“I don’t know what I’ll do next, but I envision a future with a pile of 990 Forms to dig through, a backlog of FOIA requests to read for hours and an endless supply of Dunkin’ Donuts coffee nearby. If that can’t happen, I hope to land a job where I can use investigative skills for an entity. I guess, at this point in the 12-step grieving process, I’m also open to anything,” says Regina, who had been at the Daily News for over 16 years.

“Former and current colleagues have been extremely helpful to me by sending or texting or calling me with job tips. Of course they are sending positive thoughts, prayers, lovely notes and virtual hugs as well. And almost everyone feels I’ll be alright and that is a very powerful sentiment to hear. I think I’ll land on my feet. Stay tuned.”

Prior to her time at the Daily News, Regina worked 4 years as a reporter at The Democrat and Chronicle in Rochester, NY. Before that, she was a reporter for The Akron Beacon Journal.