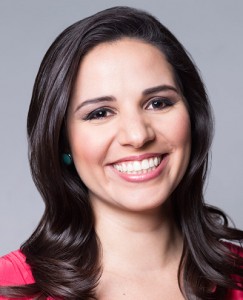 Sandra Torres is leaving Milwaukee for a new job as reporter at WBBM CBS 2 in Chicago. She starts the new gig on November 30th.

Sandra has been a reporter for WDJT-TV CBS 58 since 2012 and co-anchor for sister station WYTU Telemundo Wisconsin since January of last year.

Her last day at CBS58/Telemundo Wisconsin is November 25th.

Before her time in Milwaukee, Sandra spent 5 years in Chicago, first as a general assignment reporter, weather anchor, producer, and writer for Telemundo’s WSNS-TV, and later as a content producer for NBC’s WMAQ-TV.

A native of Colombia, she has called Chicago home since she was 13 years old.